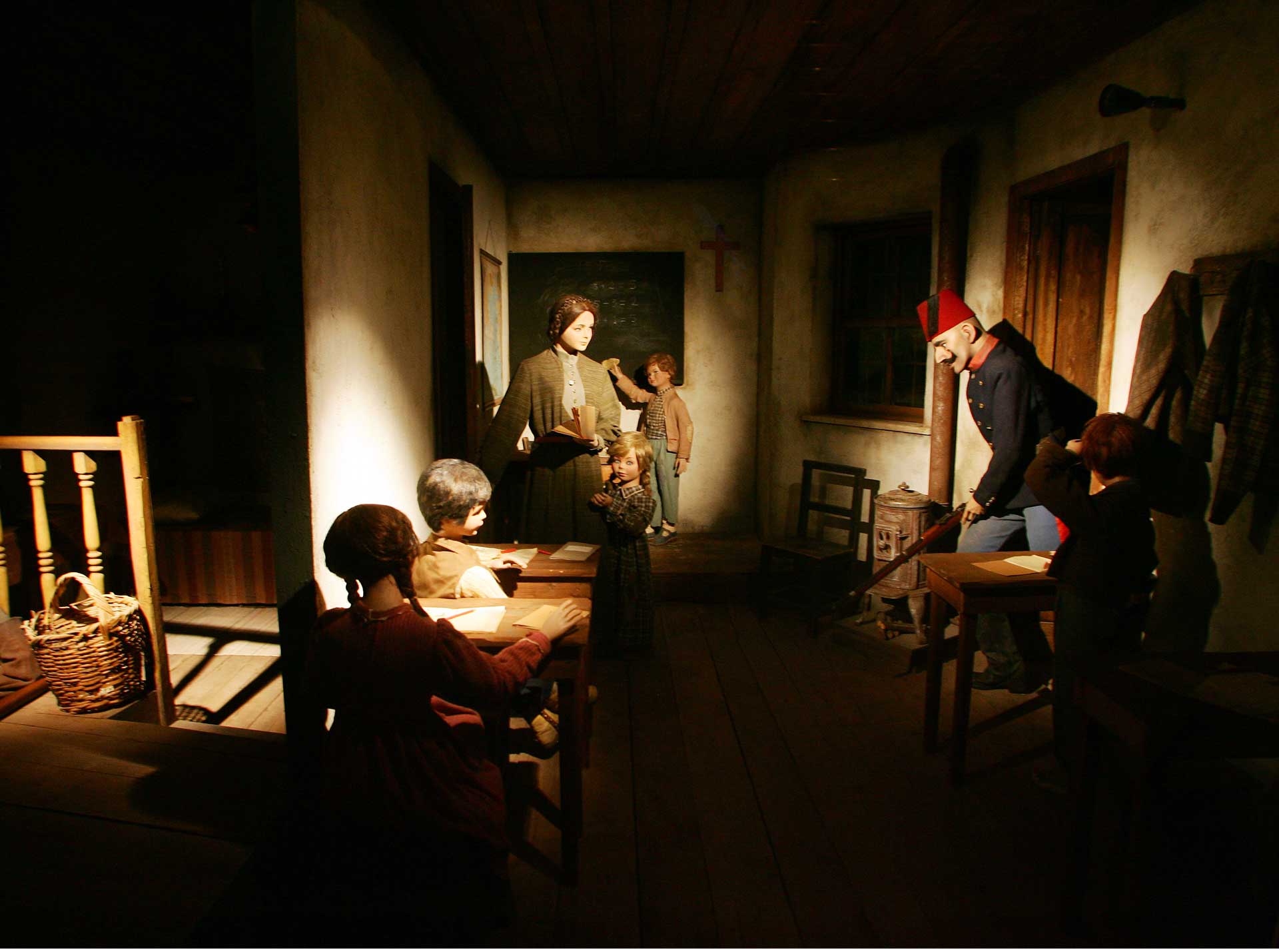 In the basement are presented four dioramas in life size and one smaller one – specially made of Playmobil – with scenes from the daily life of the people and the battles in the Swamp of Giannitsa, during the Macedonian Struggle.

1. The attack of a “zaptiye” (Ottoman gendarme) in a Greek school, during the lesson, while a guerilla rushes to hide in a crypt in the next room.

2. The conflict between a Greek and Bulgarian armed group in the lake of Giannitsa, among the reeds and marsh bulrushes.

3. The attempt of a priest of the Ecumenical Patriarchate to perform the Divine Liturgy while at the village square “patriarchs” and “exarchs” are fighting for the possession of the only church in the village and the Greek school.

4. The arrival of a Greek spy – agent at the Florina railway station disguised as a merchant. He is picked up by a driver, who is actually his connection to the Greek organisation in the area.

5. Scene from the transport of weapons and fighters, Macedonomachoi and Comitadjis, in the lake of Giannitsa, and the patrol of cavalry Ottomans in the villages. This is a faithful representation, with Playmobil dolls, inspired by the novel of Penelope Delta “Secrets of the Swamp”, courtesy of the collector Tasos Pantazopoulos. 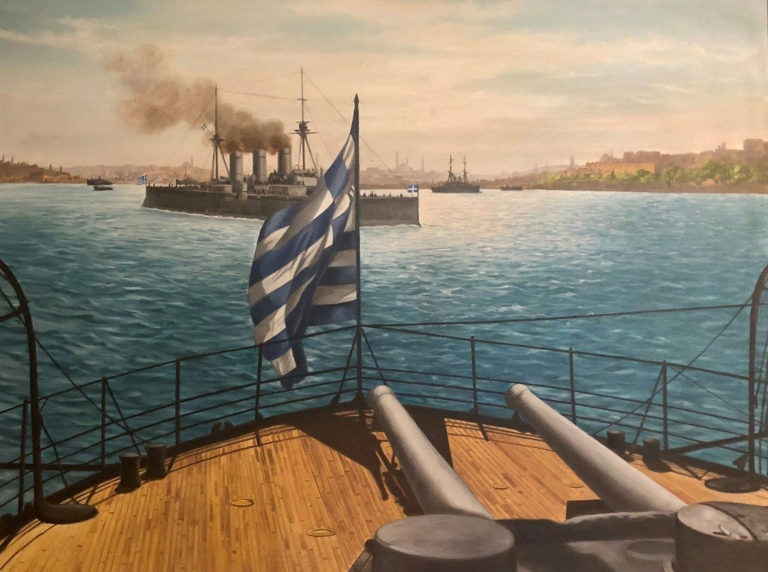 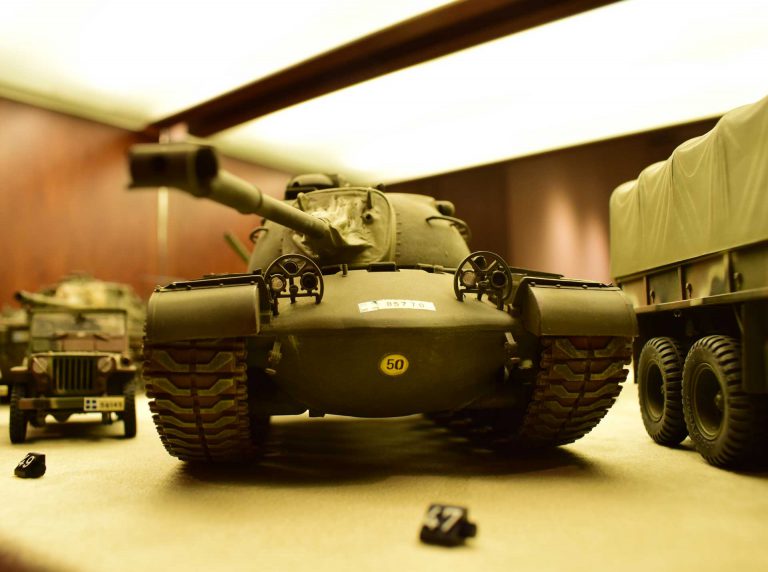 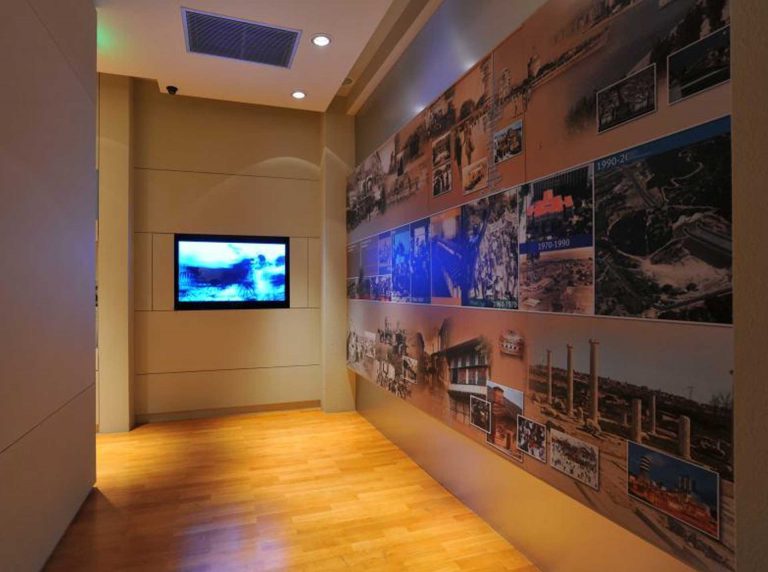