The Consulate General of Greece in Thessaloniki 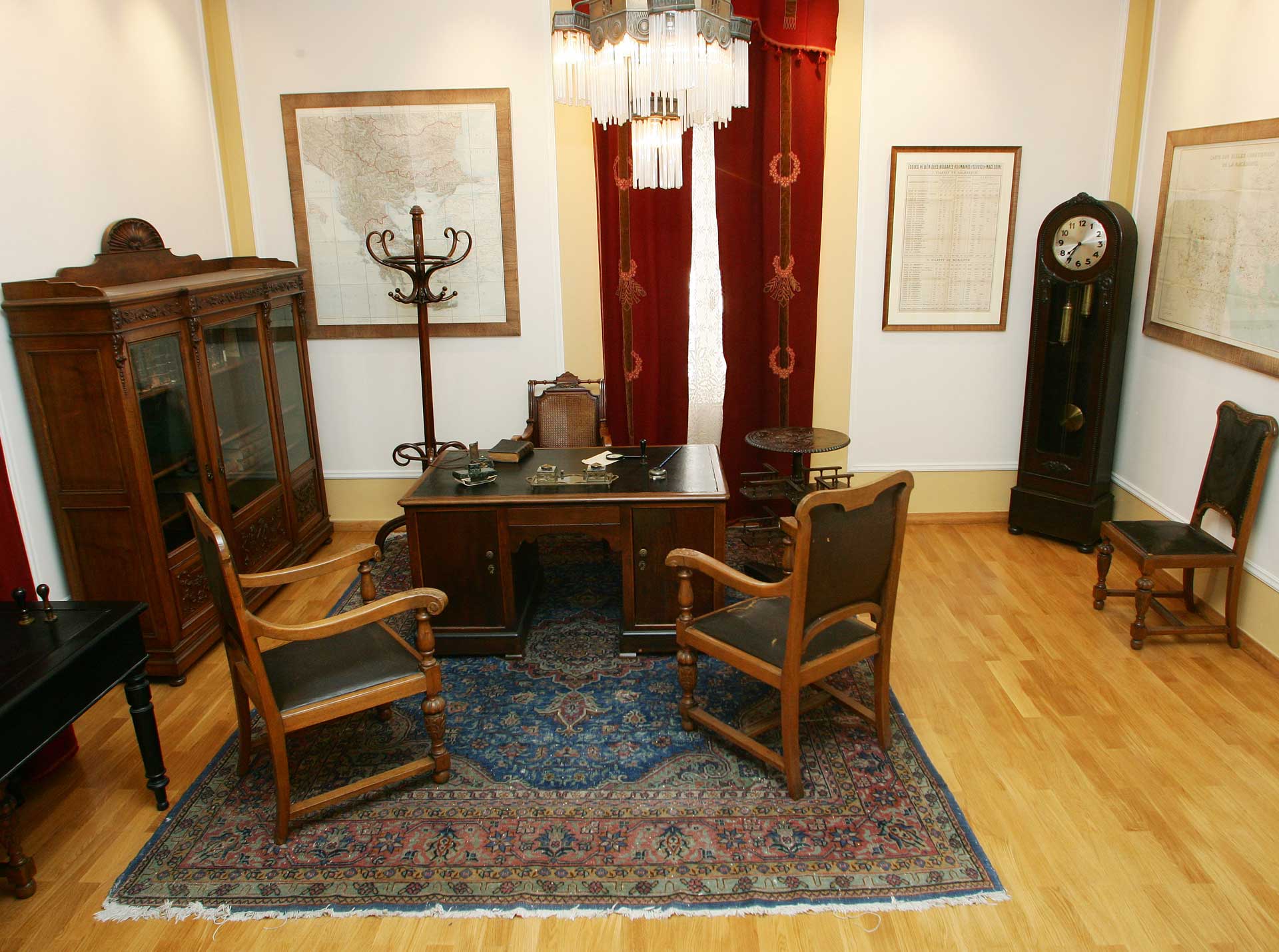 Representation of the Consul General’s office

The Consulate General of Greece in Thessaloniki was the headquarters of the Macedonian Struggle. It was staffed by diplomats and selected officers, who worked as “special clerks”. They assessed the situation, came in contact with ecclesiastical and educational agents, with the armed guerillas and the local committees of the Struggle. The Consulate General cooperated with the other Greek consulates and sub-consulates in Macedonia, as well as with the Hellenic Macedonian Committee of Dimitrios Kalapothakis, which organised the struggle in Athens and directed the operations. A prominent figure was Lambros Koromilas (1856-1923), who served as Consul General from May 1904 until the summer of 1906. He methodically organised the Macedonian Struggle. The successful activity of Lambros Koromilas alarmed the Ottoman government, which forced the Greek government to recall him from his consular post in Thessaloniki. However, he received the title of Inspector General of the Greek consulates in Macedonia and continued his activity until the end of 1907, when he was appointed ambassador in Washington.