The struggle in the cities and villages 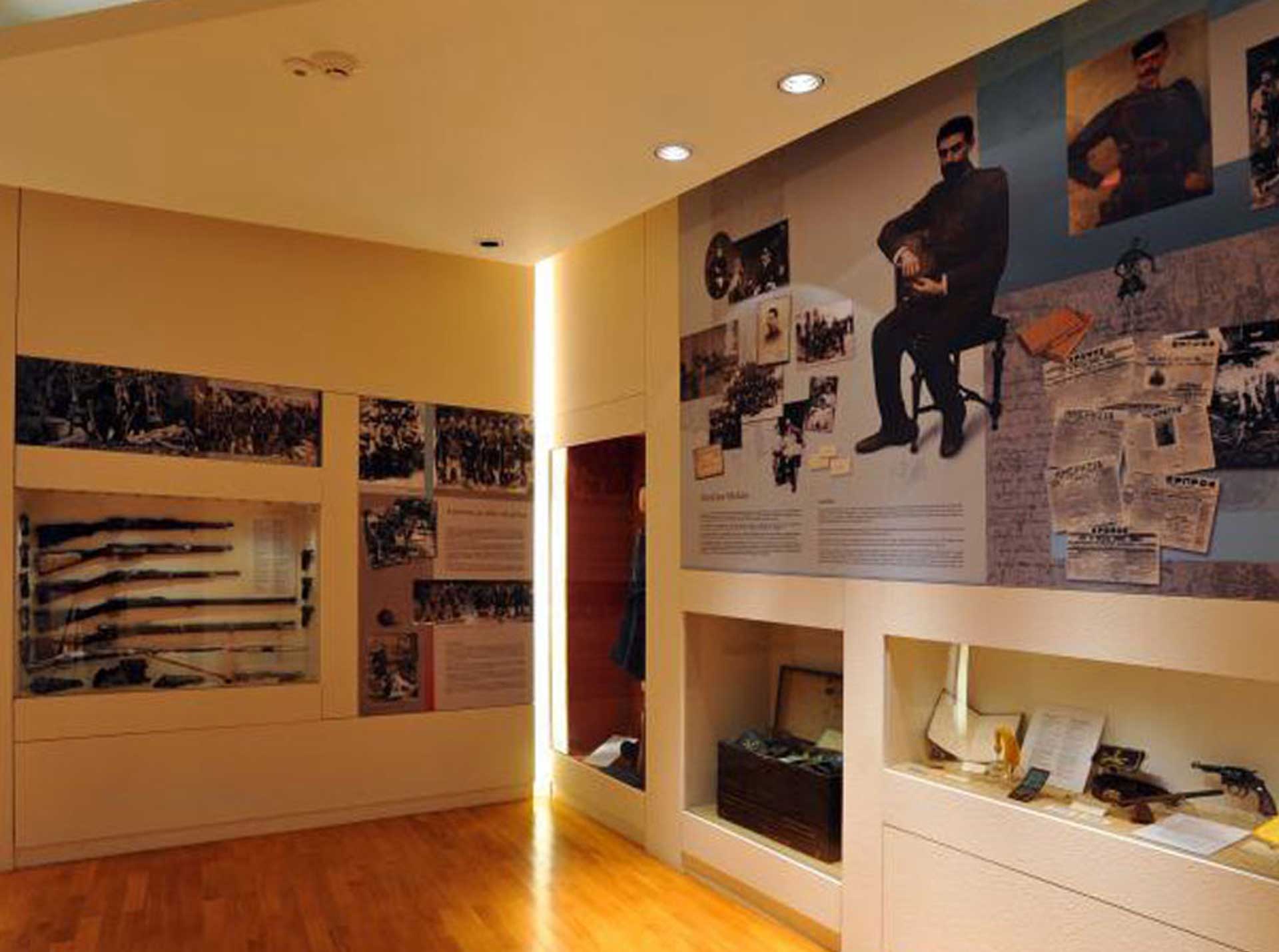 In the countryside, the living conditions of the armed forces were especially difficult. Equipped with all kinds of clothing, able to provide them with protection from the cold and rain, they moved constantly during the night. Everyday food was a luxury, while illness, hardship and lack of medicine were the harsh reality. This situation was also faced by Pavlos Melas, the ardent patriot who, by offering his life, became a symbol of Greek determination for the liberation of Macedonia.

In the cities, under the watchful eye of the Ottomans, the Greek-Bulgarian conflict was nothing less than conspiratorial. The Greek counterattack to the Bulgarian pressures extended from education to the operation of Christian communities, to trade unions, to professional activities and to Greek welfare. Networks of informants and supporters operated in all social classes, such as the organisation “Defense” in Monastiri and the “Organisation of Thessaloniki”. The activities of these networks spread to all levels and types of confrontation.

In the cities and the villages the clergy played a significant role. From the moment that the national emancipation of the Bulgarians manifested itself with the establishment and secession from the Patriarchate of an autonomous church, the Exarchate, the involvement of the clergy in the Greek-Bulgarian conflict was inevitable. The change of ecclesiastical camp signified a change of national preferences. The devotion of the lower clergy to the Patriarch was the first line of defense of Hellenism. The second was a new generation of educated and dynamic metropolitans, whom the Patriarchate began to place in Macedonia when at the beginning of the 20th century it was forced by things to adopt a powerful tactic.